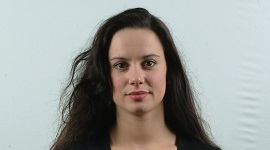 Alongside her CIHT commitments, Nicola is a rising star at CH2M in Glasgow, who, as part of a team, is responsible for the delivery of the high profile A9 dualling project. She leads the development of the route through some of the most challenging and sensitive locations in the country, which allows her to use her skills to engage with local communities and provide technical advice to the client and stakeholders.

Nicola has been a keen supporter of CIHT’s activities in Scotland for several years, through being an ambassador for the Institution in her company and professional network. She was elected to the former Central and Southern Scotland branch in 2014 and has made a vital contribution to the Institution since then. She is very highly regarded by the committee and is an excellent example of a young professional, CIHT committee member and Chartered Engineer. She is widely recognised by her peers as a highly motivated member of the profession, and actively promotes the industry and CIHT.

Nicola was elected to the role of Secretary when CIHT Scotland was formed in 2015, and has since taken a lead role in organising the committee’s activities and supporting Chairpersons during their term of office. She has been instrumental in implementing new technologies needed for members from across Scotland to participate in meetings and events.

During her time on the committee, as well as being Secretary, Nicola has organised various events including seminars and training events for professional qualification candidates as well as quiz nights. All these have been very successful and further raised awareness of CIHT within Scotland. In addition, Nicola has led the highest profile events in the committee’s calendar.

Both dinners have been widely praised for being enjoyable, entertaining and excellently organised, raising approximately £30,000 for the Committee’s activities, as well as approximately £5,000 for local charities.

A key focus for Nicola is supporting and encouraging students who are studying courses leading to a transportation career. She is a member of Strathclyde University Industry Advisory Board, providing a link to industry, ensuring courses are relevant and offering opportunities to graduates. She gained her CEng through CIHT in 2014 and now supports colleagues in the CH2M Graduate Development Programme to attain professional qualifications by mentoring, advising on opportunities and sponsoring candidates. She has also championed the Young Professional’s subgroup within CIHT Scotland and organises a similar group within her firm.

This is a demanding role which places considerable demands on her time but, despite this, she has remained fully committed to CIHT. CIHT is pleased to present Nicola with this award in recognition of her commitment and dedication to CIHT Scotland, the Institution and to the profession.