Heathrow airport is to follow London by introducing an Ultra Low Emission Zone from 2022. 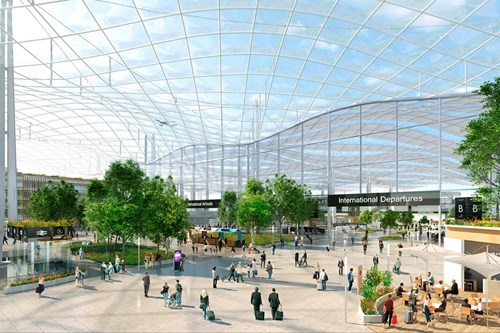 The charge will apply to older and more polluting cars and private hire vehicles entering car parks or drop off areas at all of Heathrow’s terminals, 24 hours a day, although black taxi cabs will be exempt.

Following the planned opening of the airport’s third runway in 2026 the zone will transition to become a Vehicle Access Charge for all modes in an effort to reduce congestion as well as tackle air pollution.

It is thought that the charge for non compliant vehicles entering the airport’s Ultra
Low Emission Zone will be in the region of £10 to £15. Exact details will be confirmed when Heathrow submits its final Development Consent Order application for expansion after public consultation.

Heathrow also plans to launch a car sharing scheme next week for workers heading to the airport that could see limits placed on the number of available car parking spaces.

The airport also plans to treble rail capacity by 2040 with proposed rail links from the west and south, Crossrail and an upgrade to the Piccadilly Line.

"This is a significant step change in Heathrow’s effort to clean up local ground level air pollution by shifting people into the cleanest modes of transport,” she said. “I have never pulled my punches talking to the airport about local air quality and I look forward to continuing to hold Heathrow to account in my new independent role.”

Hounslow Council leader Steve Curran said: “We fully support any measures that Heathrow brings forward that encourage people to switch to more sustainable modes of travelling to and from Heathrow Airport. This can only benefit the borough through reducing the volume of traffic on local roads and thereby helping to improve air quality in the local area.”

Heathrow will be consulting its proposed surface access strategy including the Ultra Low Emission Zone and Vehicle Access Charge from 18 June.

She added: “Londoners’ health is worsened by every extra car on the road accessing the airport. And this announcement does nothing to address the concerns of 200,000 more people who will be affected by noise from an expanded Heathrow."

Tags Health and Environment Urban Design & Place Making Air quality TP Weekly London
Comments on this site are moderated. Please allow up to 24 hours for your comment to be published on this site. Thank you for adding your comment.
{{comments.length}}CommentComments