CIHT Long Read: How we came to understand the health impacts of air pollution and how transport can improve air quality

CIHT has a vision is for world-class transportation infrastructure and services. The CIHT mission includes being able to fully demonstrate transport infrastructure’s contribution to a prosperous economy and a healthy and inclusive society. The UK and the rest of the world cannot do that yet, without addressing the the health burden that transport causes.

It is great opportunity for CIHT to engage with other professional bodies and expertise and demonstrates the wide reach that transport has on our lives.

Looking into the topic that I was asked to explore turned out to be a fascinating story.  I was asked to talk about the burden that poor air quality has on health.

To explore this, I ended up finding out that the Great Smog in London in 1952 (that is thought to have claimed up to 12,000 lives and remains to this day the worst air pollution event in European history) really provided the start of environmental scientists worrying about the mysterious ingredients composing the industrial haze.  However, it took more than 40 years for the epidemiological evidence - that established that the ultimate effect of air pollution on public health is to bring about premature death - to be established. 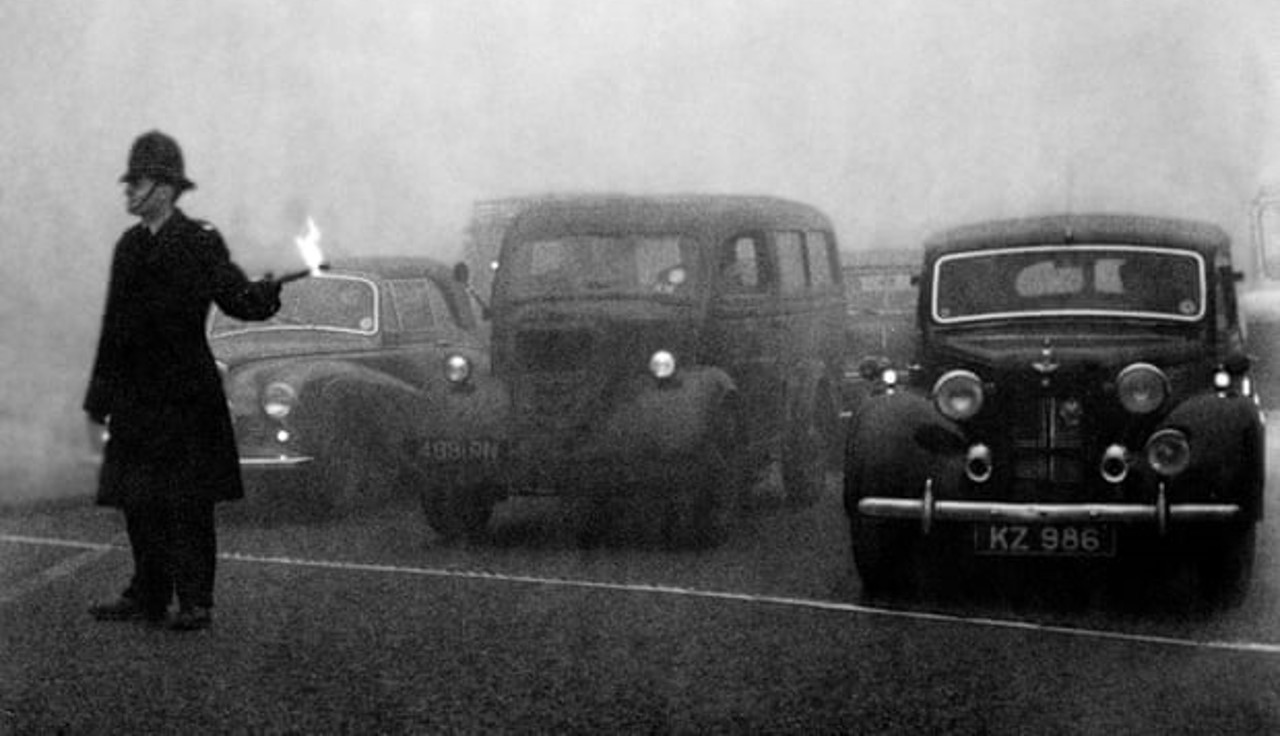 The Great Smog in 1952 provided the start of environmental scientist worrying about the mysterious ingredients composing the industrial haze - Photograph: Alamy – from Guardian website:  https://www.theguardian.com/commentisfree/2017/dec/05/smog-day-warning-18000-die-london-great-smog-1952-air-pollution

Doug Dockerty from Harvard's T.H. Chan School of Public Health led the blockbuster paper known as the ‘Harvard Six Cities Study’.  His study was published in 1993 and really established the link between air pollution and lung disease, heart attacks and strokes. Since then we know of more impacts from air pollution.

There is also a potential link to dementia, however the Alzheimer’s Society note that, although there is evidence that tiny air pollution particles can enter the brain, at this time we can’t say if they play a role in the development of dementia.

The most convincing evidence so far comes from study of 6.6 million people from Canada published in 2016 that reported a potential link between dementia and living close to very busy roads. The study found that those living within 50 metres of a major road were 7% more likely to develop dementia than people living more than 300 meters away, where fine particulate matter levels can be up to 10 times lower. This might be due to other factors:  noise, stress, disrupted sleep - but it does also show the need for further research.

Sooty particles may reach placenta, research suggests - Tiny carbon particles, possibly present in fumes from petrol and diesel vehicles, have been discovered in placentas from mothers of babies born in London, new research has suggested. The research, carried out by researchers at Queen Mary University London, provides evidence of a possible mechanism of how babies are affected by pollution while being theoretically protected in the womb.

In the UK alone, long term exposure to man-made air pollution has an annual effect equivalent to between 28,000 and 40,000 deaths.

According to the World Health Organisation the estimated annual death toll is 7 million people.

So what do we (as a transport sector) need to do?  Reduce emissions from transport.  This sounds easy, but is actually very complicated.

The first is a healthy urban planning transition.

You need to put in place a transport hierarchy – prioritising pedestrians and cyclists – to get the health benefits from those – then public transport – this needs to be attractive and affordable to users, and then private vehicle use.  There will be lessons from other cities too – Paris, Madrid to name a couple.  There is a need to build in green infrastructure into our place-making.

Secondly, there is a need for an energy transition.

Norway is a good example here.  According to the International Energy Agency, in terms of share, Norway remains the world’s most advanced market for electric car sales, with over 39% of new sales in 2017.

If you have transport projects that have improved air quality, I would urge you to share these lessons.  One great opportunity is to enter the CIHT Awards. See www.ciht.org.uk/awards for more information.

Comments on this site are moderated. Please allow up to 24 hours for your comment to be published on this site. Thank you for adding your comment.
{{comments.length}}CommentComments