Scale and pace are the two words that every transport professional should have at the front of their mind when thinking about decarbonisation. 2050 may be the end date for creating a Net Zero economy but on the government’s own analysis (as set out in the Committee for Climate Change’s 6th Carbon Budget), nearly half of the reduction in annual emissions has to happen by 2030.

Fundamentally, if we are serious, the nation needs large scale, systematic change - which inevitably is disruptive and hard – though can also generate the will to tackle problems stashed away in the too difficult draw for many years.

The Government’s Net Zero Strategy, Build Back Greener, published on 19 October sets out the role it intends to play in kick starting this transformation. In the transport sector, unsurprisingly, much of the content refers back to the Department for Transport’s Transport Decarbonisation Plan from this July (I wrote about TDP in detail here).

As with the TDP, a lot of the media attention has focused on the role of Electric and Hydrogen Vehicles. Decarbonising the vehicle fleet is clearly a big priority for the government. This extends to the international stage, an international agreements to accelerate the phase out of petrol and diesel vehicles is a priority for the UK’s presidency of next month’s COP26 climate conference in Glasgow.

In this context, the Net Zero strategy reconfirms that the sale of petrol and diesel vans and cars will be phased out between 2030 and 2035. It also confirms the introduction of a Zero Emissions Vehicle (ZEVs) mandate, that from 2024 will set manufacturers annual targets to increase the production of ZEVs as a percentage of their output.

The question of charging infrastructure is to be addressed in the much-delayed EV Infrastructure strategy promised for “later this year”. £620M is committed to support the rollout of charging infrastructure, with a particular focus on local on-street residential charging. It is hard to judge if this is enough in the absence of the strategy. What is clear is that the government’s preference is to provide signals and stimuli that will allow markets to deliver its objectives at an affordable price. Ministers are keen to point at the steep reduction in the cost of wind power as an example of the success of this approach. Sceptical voices have however pointed to the very large amounts of money that then Business Secretary Ed Davey invested to kick start that fall and queried if the current government is doing enough. At this point, it is very difficult to say anything other than time will tell.

The government’s plans for transport are not however purely a tech fix. The strategy reconfirms the approach of the TDP, which is essentially that the sector needs to “do everything”, with behaviour change, both in terms of modal shift and reducing the overall demand for journeys, playing a big part. Building Back Greener reconfirms the £3B for the National Bus Strategy and £2B for walking and cycling. The latter is linked to the TDP’s objective that by 2030, 50% of journeys within towns and cities will be on foot or bike.

Rail is however one area where the speed of the roll out of a tech fix is drawing criticism. The Plan restates the TDP commitment to a zero emissions network by 2050, via sustained investment in rail electrification and the introduction of battery and hydrogen power trains. In their response to the Strategy, the Railway Industry Association said, “we are electrifying at half the rate required to meet the 2050 target and the UK is still yet to see any significant new electrification projects or major fleet orders of low carbon battery and hydrogen stock”.

Also published on 19 October was, HM Treasury’s (HMT) Net Zero Review analysing the economic implications of the push to Net Zero. There isn’t space in this blog to cover all of this document but I’ll end by pointing to two issues it covers that I think will grow importance as the scale and pace of what we are trying to do as a nation become clear.

Firstly, the impact on different income groups. HMT acknowledge that it is impossible to make accurate predictions about the impacts of change on this scale over a 30 year period. They do however note that some specifics are predictable. So, for example, higher income households drive more and are likely to adopt EVs earlier. So far, so good. The costs and benefits of EV adoption fall first on higher income households with the resources to absorb them. Conversely, however any changes to the cost of running an internal combustion engine vehicle will fall disproportionately on lower income households. This kind of unintended consequence can easily undermine public support – and lead to noisy tabloid campaigns – so government really needs to think hard about targeting support, perhaps suggesting a limit to the role of markets in driving a transition that is widely perceived as fair.

Secondly the review makes very clear the long term impact of the strategy on the public accounts. Its worth quoting this passage in full, “The primary impact is a large and relatively rapid structural shrinking of the tax base as motorists move away from using petrol and diesel vehicles. This leads to a significant and permanent fiscal pressure, which may not be offset by the temporary revenues that could be generated by making polluters pay more through expanded carbon pricing. Therefore, as set out in the government’s Ten Point Plan, motoring taxes will need to keep pace with these changes during the transition to ensure the UK can continue to fund first-class public services and infrastructure”.

This can be interpreted in a number of ways but is this finally a sign of a willingness to start a serious conversation about how to pay for future roads? As said in my commentary on the TDP, Road User Charging is not a major bullet nor the only – but does have the potential to close the funding gap and support the large scale behaviour change we need to achieve Net Zero. 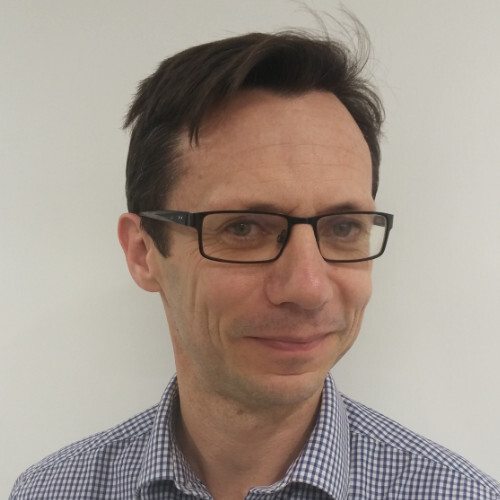 Tags Health and Environment Sustainable Transport Technology and Innovation Transport Planning Route to net zero Climate Change National International
Comments on this site are moderated. Please allow up to 24 hours for your comment to be published on this site. Thank you for adding your comment.
{{comments.length}}CommentComments