This award celebrates exceptional engineering solutions in the highways and transportation sector that have delivered creative and resilient solutions.

Get the international recognition your work deserves

Fosroc is a leading international manufacturer and supplier of high performance chemicals for the construction industry, focusing on concrete repair and waterproofing

As CIHT Knowledge Partner, Fosroc are passionate about the important role education has to play in engineering constructive solutions for projects from design to completion.

This episode focuses on the issues associated with the building blocks of our infrastructure: the raw materials that are used for constructing and maintaining our highways.

This episode is looking specifically at highways and what changes have and might be required to standards in the future.

A Guide to Rapid Return to Service Systems

With increasing pressure to minimise downtime and avoid disruption to service, this webinar focuses on products and systems that allow essential maintenance to be completed within a small operational window, allowing a quick return to normal service. Product types covered in the webinar include concrete repair, joint sealants, waterproofing and protective coatings. Key systems are illustrated by Case Studies and there is an analysis of cost and environmental benefits.

This content is provided by the supporters of this award. Any opinions expressed are those of the authors and / or supporting organisation. They do not purport to be an endorsement, reflect the opinions or views of CIHT or its members. Neither CIHT nor any person acting on their behalf may be held responsible for the use which may be made of the information contained therein.

Believed to be a UK first, the innovative installation of Carpenters Land Bridge encapsulates the “exceptional engineering” at the heart of the CIHT Awards. Using a unique Self-Propelled Modular Transporter, we manoeuvred and positioned the complete bridge (66m long/7.2m wide/350tn of steel) as a long, eccentrically loaded cantilever, on wheels. It was balanced using a 450tn counterweight. Within an extremely constrained site, across five railway tracks, we completed the launch during a single possession – 15 hours early. Equally as impressive, our team completed the installation on Christmas Day (3.30am/3.30pm) – the perfect “present” for the multi-billion-pound East Bank regeneration scheme. 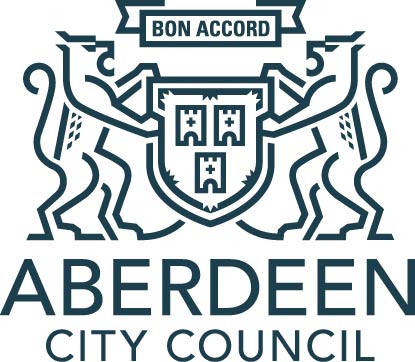 At 58km, the Aberdeen Western Peripheral Route/Balmedie to Tipperty project, was the most extensive new roads project under construction in the UK between 2015 -2018. Construction, included 40km of new side roads, 30km of new access roads, two junctions, two river crossings, a railway bridge and three wildlife bridges, and more than 100 other structures.

The AWPR/B-T is already transforming the North East of Scotland. Early indications show significant levels of traffic using the old A90 (now A92), including HGVs, has shifted onto the new road, cutting congestion and providing pedestrians and cyclists with quieter road networks, as well as enhanced safety.

This entry details Kier Highways introduction of Redi-rock Concrete Modular Blocks to Highways England’s strategic road network on the M23 J8-10 and M20 J3-5 SMP. These schemes have a combined value of over £320m. Following their certification through the Highway Authorities Product Approval Scheme (HAPAS) in 2018 for use on UK highways this is the first use of this product which has demonstrated significant Safety, Environmental, Quality, Logistics, Programme and Commercial benefits. They have contributed to completing civils work three months early whilst our team worked over 1.8m hours without a Lost Time Incident and have demonstrated independently verified efficiencies of over £16m.

York's Scarborough Bridge project is a new multi-span 3.7m wide foot and cycle bridge over the River Ouse near York Station. It replaced the previous substandard narrow and enclosed footbridge. The new crossing is constructed of cor-ten weathering steel and is a modern design but in keeping with the historic rail bridge to which it is adjacent. This has resulted in a much wider, more open bridge, flood-proof, and improved access for sustainable transport users between York Station and key parts of the city. The new bridge has been universally well-received and is already attracting around 4,000 users/day.

The Bunhill phase 2 project involved the construction of a new Energy Centre to take waste heat from London Underground’s ventilation shaft and provide additional heat to the existing Bunhill heat network. This provides cheaper heat to nearby schools, leisure centres and residents, reducing carbon emissions by an additional 500 tonnes per year. During warmer months, the fan installed in the London Underground ventilation shaft will be reversed, injecting cooling to the underground network. It is the first scheme in the world to take waste heat from an underground train network and use it to provide lower cost, greener heat.

Whether you are a student, apprentice, work in the private or public sectors or are a company director, CIHT has a place for you and a commitment to fulfilling your professional development needs throughout your career.

Discover why the leaders and rising stars of Highways and Transportation are CIHT members and become part of a community of savvy fellow professionals just like you.

Get the international recognition your work deserves