Government is keen to reach an “early conclusion” on what role a reinstated railway line across the Pennines between Skipton and Colne could play in improving passenger and freight connections, a Transport Minister has said. 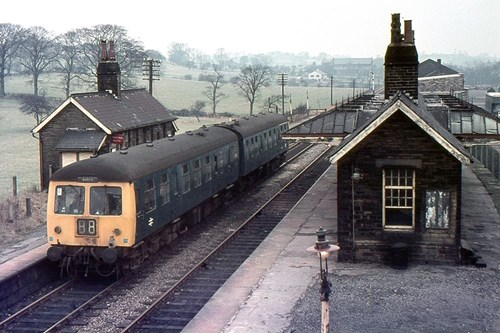 Chris Heaton-Harris told a Westminster Hall debate that ongoing work to establish the case for reopening the 19km stretch of rail “makes a very important contribution” to enhancing rail connectivity across the north. But he also said that the economic case for the scheme and possible impact on lines near Leeds need to be considered “before any conclusions are drawn”.

Local MP for Hyndburn, Graham Jones had earlier said: “We need to put back that line because it will connect two big industrial heartlands and provide opportunity for both passengers and freight. The decision to cut the line back in 1970 was a terrible one.”

He added that reinstating the line could allow a connection between the ports of Liverpool and Hull for the shipment of goods, as well as passenger services.

It is said that reinstating the rail line could cost in the region of £360M. Some bridges would need to be rebuilt and work would be required for the route to cross the A56 near the village of Earby.

Shadow Transport Minister Rachael Maskell (York Central) commented that the line would help with the growth of new manufacturing and reinvestment in industry in the north, as well as better connecting new housing developments to infrastructure.

One member pointed out that while there is widespread support for the project, positive comments about the scheme from the former Transport Secretary did not lead to much progress.

Skipton & East Lancashire Rail Action Partnership chairman Peter Bryson welcomed last week’s debate and said that the sooner the line is reinstated, the better. The line, he added, would help provide access to jobs for local people to Leeds and create a freight route between east Lancashire and west Yorkshire. “There are no serious engineering issues; it is quite a simple project.”

Tags Infrastructure Construction Network Management Rail TP Weekly Yorkshire and Humber North West North East & Cumbria
Comments on this site are moderated. Please allow up to 24 hours for your comment to be published on this site. Thank you for adding your comment.
{{comments.length}}CommentComments