For International Women in Engineering Day 2021, we spoke to a number of selected women to learn more about their journey within the industry. Today, we speak to Agnieszka Jezierska MSc, CEng, MCIHT, MAPM, Principal Project Manager at Norman Rourke Pryme.

Why did you want to become an engineer?

Seeing other women, like my mum who is a land surveyor, certainly meant I considered technical subjects and engineering a natural (not to be confused with the only!) choice. So, I think having role models is an important factor.

I also always had quite technical mind and liked problem solving. And I think engineers do just that, solve issues, improve the environment around us and provide solutions. So engineering (and now project management) seemed like something I would enjoy. And I certainly do.

What do you enjoy most about your work as an engineer?

After attending an evening talk one day (when I was still on my career break taken to raise my children), I was very impressed with the project presented that evening and the project team that had to overcome many challenges in order to successfully complete the project. At that point I thought to myself that ‘engineer’ does sound really proud. It means a lot.

Seeing the tangible difference I can make in people’s life drives me and motivates me. Along my engineering background and experience, I am also a project manager, which to me is very much building on what I have learnt as an engineer, and helps me deliver better outputs.

Problem solving, challenges that make us better and experienced; and dynamic environment also mean I love what I do.

Seeing the tangible difference I can make in people’s life drives me and motivates me. Along my engineering background and experience, I am also a project manager, which to me is very much building on what I have learnt as an engineer, and helps me deliver better outputs.

According to Engineering UK (2018), just 12% of those working in engineering are female. How does it feel to be a woman in such a male-dominated sector?

When I started my course, I was one of just handful of women in my academic year. But because my mum was a land surveyor, I felt it was ‘normal’ for women to be engineers. Also, my dad, brother and uncle have always played chess when I was very young. I played with them, and at the school club (both run by men), so in a way I have always been in the environment which is predominantly male. And although in minority, I never felt like an outsider, if that makes sense. That’s why I think it is important to have females role models around us, but also to be included in the male environment in the way that feels ‘natural’, is inclusive and does not alienate.

Having said that, it did initially feel strange (mostly for the first 5 minutes) entering meeting rooms that were, most of the time, full of men. But after a few meetings you forget everybody’s gender and instead, you only think about what each can bring to the table.

Have there been challenges on your road to becoming an engineer which you have faced due to being a woman? (How) have you overcome these?

Not necessarily when becoming an engineer, but once I became one, Yes! Despite my very positive attitude and the absolute passion for what I do, I have had situations where men have treated me differently simply because of my gender (or nationality), and I had to bite my lips not to say anything as I wanted to remain professional, both as me, and also as an employee representing the company I was working for. My approach (some may argue if correct) was always to ignore and to show my worth through my contribution. Which was a slow, but effective approach.

Despite my very positive attitude and the absolute passion for what I do, I have had situations where men have treated me differently simply because of my gender (or nationality)...

Why is female talent so crucial to the engineering industry?

Oh, it absolutely is! Why? Hmm. It’s not immediately tangible I think, so a bit hard to put your finger on it. I think we bring this great passion and honesty to the table. Also, humanity. Women can be very carrying, helpful and understanding.

Once I met with protestors on site as they were objecting to the project being implemented. I received several comments from them on how I was able to listen to them, factually answer the questions and remain calm and show the understanding.

Not that men are not capable of having these qualities, but (from my experience) they seem mostly very formal and instructional. Yes, men can have other softer attributes too, but perhaps mostly not to the same extent as women. They could perhaps learn from us like we could sometimes learn from them. I certainly do at all times. This helps to complete the skills we have rather than to compete with one another.

Girls and women make up less than 18% of higher apprentices in engineering & manufacturing, and 7.4% of all engineering apprentices (Engineering UK 2018). What can companies and organisations do to encourage more girls & women into engineering roles?

For reach out to them. Take time to reach out to schools. If you are not able to speak to them, send the brochure, offer a tour around your office. Have an open day and encourage girls from the local school to come and visit, ask questions.

Don’t look over women. Once you have one foot in the door, more will join in. Have an attractive maternity leave policy and brag about it. Single parents (currently mostly women) will need flexibility. Brag about it. Welcome those who return from career breaks. Brag about it. One fear I had was that I will not be able to find a good and a flexible job after such a long career break. Guess what; when I decided to (nervously) write and send my CV, I had 5 interviews and 5 job offers in space of one month! What made me make a move? Amongst other things, learning about EQIA was key. I researched every single company before applying and checked if they talked about flexibility (which I needed) and inclusivity (which I was after having a career break) before applying. So, my advice would be to showcase that you welcome women, that you offer flexible working hours (luckily this is changing/improving across the sectors), that you already have a growing force of females (or are intending and welcoming to do so) and more.

Do you have an #EngineeringHero? If yes, who is it?

Can I have more than one? I think for me it would be the engineers working on the Earls Court redevelopment project (I am sure they don’t even remember me talking to them at the ICE event or saying to them how impressed I am with their achievements!). Engineering needs great minds. It has to also be my CIHT mentor, Isaac Webb. I always thought of him as a funny, intelligent and approachable person and a great engineer and project manager. Truly inspirational persona all around. We need more engineers like him. Also, the Managing Director at Norman Rourke Pryme where I work, Matthew Kennedy, who is a CIHT Fellow member. Very kind, generous person, loved by everyone in the business. And I mean everyone. He is always very actively encouraging all within the business, including women, to learn and grow; he led the introduction of Women Committee at Norman Rourke Pryme. I aspire to be like him; approachable, inclusive, knowledgeable and leads by example.

You recently successfully achieved an CEng qualification with CIHT (congrats!). Why is a qualification like this important for your professional development?

Becoming a chartered engineer has always been my dream and an aspiration. It's personally very rewarding to be able to demonstrate to yourself and to others, that you gained experience, practical skills and knowledge at a certain level. I want to be able to continue growing professionally and having CEng qualification is certainly an enabling factor in that journey. I have in the past heard clients expressing respect when talking about others who have CEng qualification. So, this achievement is great on so many levels, including the recognition and acknowledgment.

Becoming a chartered engineer has always been my dream and an aspiration. It's personally very rewarding to be able to demonstrate to yourself and to others, that you gained experience, practical skills and knowledge at a certain level.

What advice would you give someone who would like to get into engineering or is considering completing an engineering qualification?

I believe we all have multiple skills, talents and passions and the choice and career path that lies ahead of us may not always be obvious. I started as an engineer but subsequently moved into the project management role which I feel is much more than being an engineer, and a natural (for me at least) progression. Especially for someone who loves planning, problem solving, helping (yes!), talking to people, making a difference, leading, taking pride in driving the change and being at the forefront of positive contribution to something bigger. The project management role requires being a jack of all trades and having engineering background and engineering experience helps being an effective project manager.

There are so many things you may end up doing having completed the engineering course. From being on site, through working in the office to working in research.  Good idea is to try to talk to someone who is already in the profession who could explain what they do and what their typical day looks like. Read professional magazines such as Transportation Professional where you can see if you find topics interesting. You will find examples of jobs that people from the industry hold and describe (Working Life is one of my favourite columns in TP!).

And remember, all you need is a can-do attitude and a bit of guidance. The obstacles? You can overcome them. Just read my story and you will see. 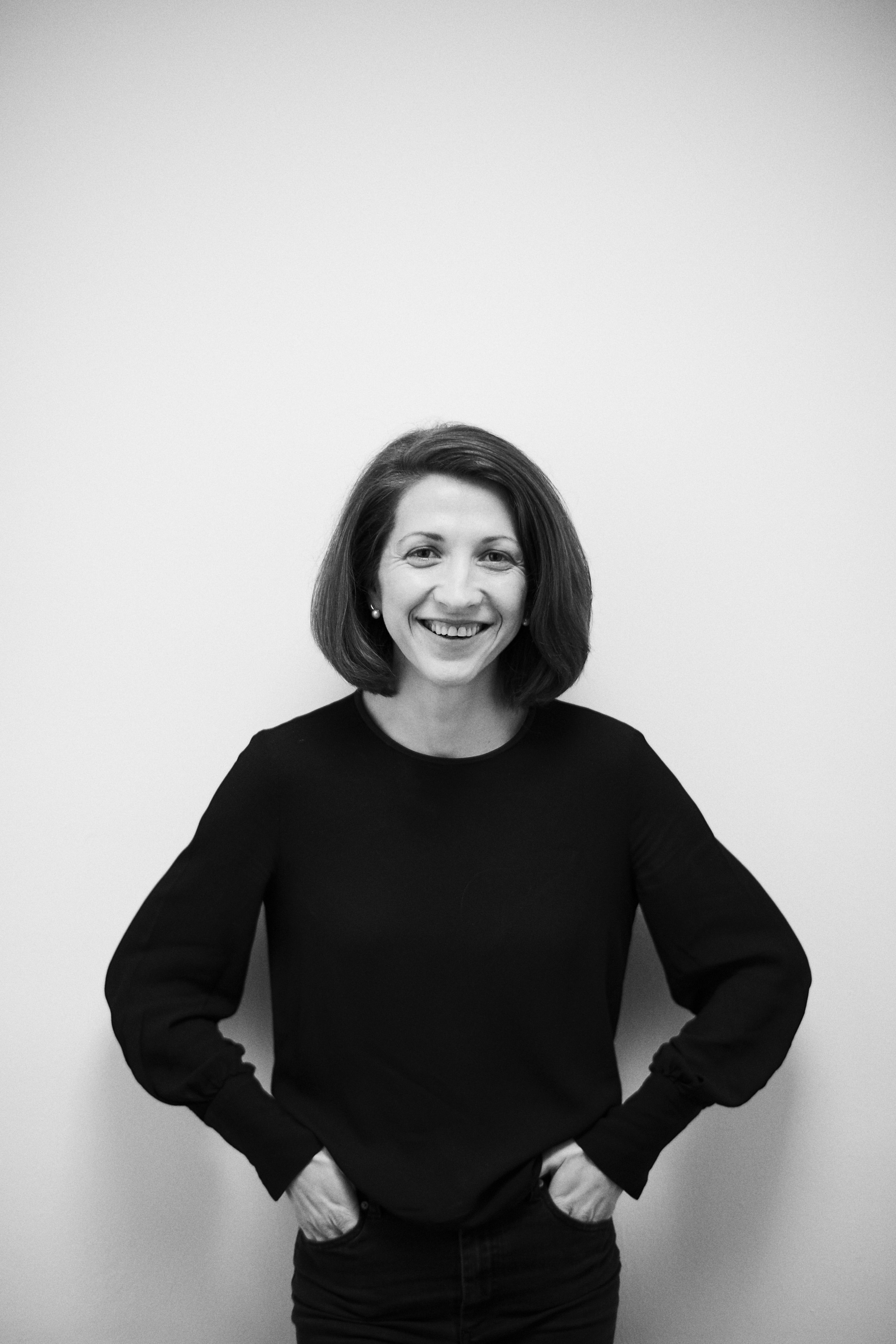