For International Women in Engineering Day 2021, we spoke to a number of selected women to learn more about their journey within the industry. Today, we speak to Dr Marie Kanayan CEng (MCIHT), Senior Project Manager at Coventry City Council (Waterman Aspen).

Why did you want to become an engineer?

My journey has been very unconventional and probably shows that after many years of hard work and determination one can gain new skills and build a new professional identity. I initially gained double masters in geography and town planning, and construction and local authorities management at the Sorbonne University in France. In 2005, I left my job as an academic specialised in cultural geography in France and permanently moved to the UK to live with my partner whom I met when we were PhD students in Oxford. I started all over again as a graduate transport planner and learnt about traffic modelling in Bath. In 2006, I joined WSP (formerly Mouchel) as a highways engineer working on traffic management and cycling schemes in South Gloucestershire and Bristol, and improvements to bus routes in Bournemouth and Poole. In 2014, I joined Waterman Aspen as a senior engineer and was seconded to Oxfordshire County Council as one of the sponsors for the delivery of Major Projects. I was involved from detailed design to completion of construction under NEC3. In 2018 – 2019, I was seconded to Milton Keynes Council as the project manager for the delivery of the new UTMC which was my first major scheme specific to technology and innovation. Since 2019, I have joined the team working on the Coventry Station Master Plan.

What do you enjoy most about your work as an engineer?

Each day is different as there is no routine.

I thoroughly enjoy trying to come up with simple solutions for a complex project or situation. Most engineers want to learn about new techniques or methods of design or construction to deliver the best possible project in the interest of the community.

Each day is different as there is no routine. I thoroughly enjoy trying to come up with simple solutions for a complex project or situation.

According to Engineering UK (2018), just 12% of those working in engineering are female. How does it feel to be a woman in such a male-dominated sector?

Over the years I have noticed a very positive change as a greater number of female colleagues work in design teams. It is indeed a pity that we are still under-represented in the construction industry which may appear more ruthless than a more traditional office environment.

Have there been challenges on your road to becoming an engineer which you have faced due to being a woman? (How) have you overcome these?

I have had to adapt to a new sector in a foreign country speaking a foreign language whilst building a family life.

Over the years I have noticed a very positive change as a greater number of female colleagues work in design teams.

Why is female talent so crucial to the engineering industry?

We may debate for hours about the differences of talent between men and women. I still think a woman may bring a bit more humanity and sensitivity to a project or a team.

Girls and women make up less than 18% of higher apprentices in engineering & manufacturing, and 7.4% of all engineering apprentices (Engineering UK 2018). What can companies and organisations do to encourage more girls & women into engineering roles?

I am immensely fortunate that my family, my teachers and tutors, always encouraged and supported me as a girl then a woman to think that nothing is impossible. Men have also contributed to a mini-cultural revolution over the past 15 years when they realised their daughters, partners, sisters or female friends were as capable (if not more!) as they were.

Be passionate, be curious to learn every day, make a contribution to the society.

Do you have an #EngineeringHero? If yes, who is it?

Leonardo da Vinci. He was a visionary who inspired and influenced generations of artists, inventors, or engineers to make the impossible become real.

You recently successfully achieved an CEng qualification with CIHT (congrats!). Why is a qualification like this important for your professional development?

I will hopefully be involved in exciting new projects, continue working with amazing people and share my knowledge and experience with colleagues.

We may debate for hours about the differences of talent between men and women. I still think a woman may bring a bit more humanity and sensitivity to a project or a team.

What advice would you give someone who would like to get into engineering or is considering completing an engineering qualification?

Be passionate, be curious to learn every day, make a contribution to the society. 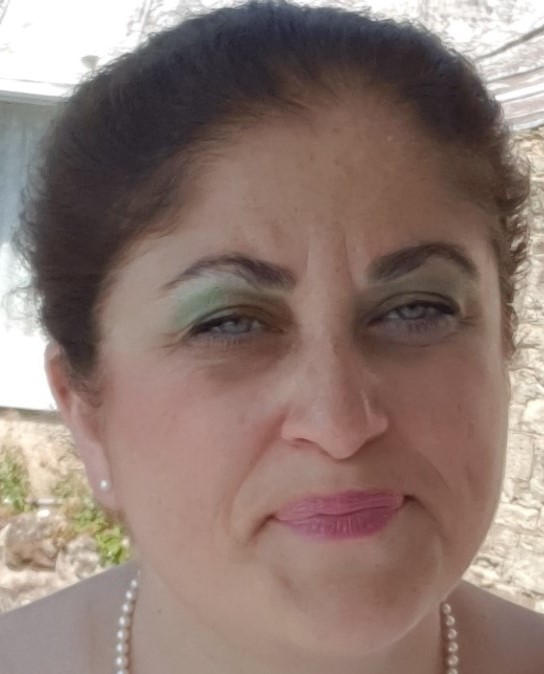