East of England Who's Who

Get in touch with the local committee e: eastofengland@ciht.org.uk

Could you be part of the CIHT East of England Committee?

Take the opportunity to join your CIHT region. We welcome all members to get involved.

Here you will find details of our committee. Get in touch with the local committee e: eastofengland@ciht.org.uk 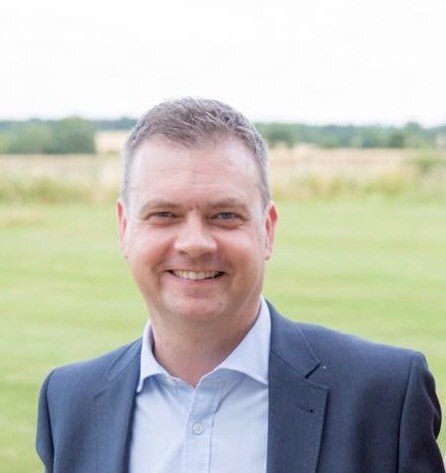 Alistair is a civil engineer with over 25 years of experience predominantly in the highways sector. Alistair graduated from UMIST  (Manchester)in 1993 with a BEng Honours Degree in Civil Engineering. His career has seen him work for a number of UK wide companies, in various roles, all of which have been based in the South and East of England. He currently works at Tarmac, which he joined in 2006, and is a General Manager in the Highways Services part of the business currently covering the South of England.

Since being with Tarmac, Alistair has been involved in managing a number of businesses. His first role was with the regional contracting business covering London, South East and East of England, where he was involved in a diverse set of projects including Highways Authorities framework delivery, TFL civil engineering projects and Airport works including London City and Heathrow runway  resurfacing. More recently he has worked in the Tarmac Highway Services business working directly for Local and Unitary Authorities providing a full range of service activities.

His previous role at Aggregate Industries saw him manage various regional businesses across London and the South East covering London Borough surfacing frameworks and other infrastructure projects as a highways surfacing provider.

Alistair has been a member of the CIHT since 2006. He has also been a member of the Institute of Asphalt Technology since 2006. He was part of the CIHT East Anglia regional Committee from 2014 and worked with the transition team that formed the new  CIHT East of England Regional Committee. He served as Events Co-ordinator for 2 years until 2019 and is now the current Treasurer for the region. 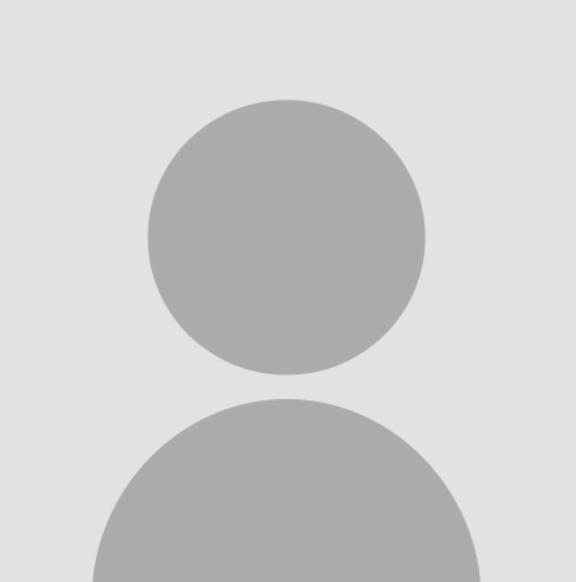 Amanda is a Chartered Civil Engineer with over 30 years' experience in minerals extraction, construction and highways. She has been an active member of the Institution for many years, and took on the role of Branch, now Honorary Secretary in 2010.

During the 1990s she was site engineer on many large building projects in the region including The Forum, Norwich Castle and many large commercial building and infrastructure developments. In 2001 she joined Cambridgeshire County Council Highways and for 15 years specialised in road accident investigation, road safety audit and delivery of accident remedial projects. In 2016 Amanda joined Suffolk Highways and is currently Asset Manager for Highways drainage, footways and street furniture. 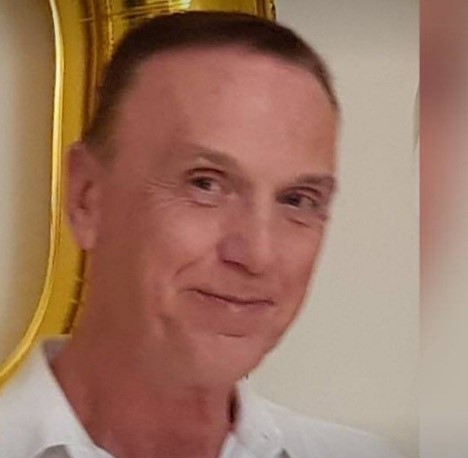 I have over 35 years’ experience in the Highways and Transportation field.  I work at Essex County Council leading on all matters related to Transportation and Major Infrastructure.  I have been a Member of CIHT since 1999 and have been an active Member the Committee from that year, now having 20 years continuous service.   I have also served many times on Council and the Boards and panels during that time.

I have worked at a number of local authorities including Norfolk, Oxfordshire and for the last 10 years Essex County Council.  During that time, I have been involved in many major innovative projects including the lead on the Norwich Area Transportation Strategy, DfT Mixed Priority Streets trials, EU Civitas managing 16 innovative projects and also quiet lanes again for DfT.  At Essex I have delivered many major schemes, currently working on a new Motorway junction for Harlow and being transport lead for the newly designated Harlow/Gilston Garden Town looking for a step change in sustainability.  I am also transport lead for local plans, giving evidence at examinations and public Inquiries.

I always had a keen interest in making a positive contribution to the profession and joined the East Anglian Branch of CIHT in 1999 serving in all positions, except treasurer during this time.  I led the transformation into the Eastern Region from two main branches and other part branches and have been Chair of the Region.  I have served on Council, being on the Member Services Board, Self-assessment panel and currently the Urban Design Panel and Audit Committee as well as being the Regional Representative for the Eastern Region.

I look forward to continuing to help support the Region and Council and assisting young members in moving their careers forward through the professional review process. 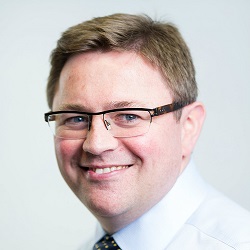 Keith is a Chartered Civil Engineer and Fellow of the CIHT with over 20 years' experience in the transportation sector, encompassing consultancy, contracting and the public sector.   With a background predominantly in professional services, he is currently the Contract Manager for an integrated highway services contract with Skanska.  He has a degree in Civil Engineering from the University of Dundee and is an alumnus of the Roads Academy with a PGCert in Leadership and Management from the University of Sussex.

Keith is currently Contract Manager for Skanska’s integrated highway contract, Peterborough Highways.  He joined Skanska in 2013 as Design Services Manager with responsibility for managing professional services on its integrated highway contracts with Cambridgeshire County Council and Peterborough City Council. During this time, he has also been seconded to the Cambridgeshire & Peterborough Combined Authority as Transport Director, with responsibility for the development of transport strategy and a number of transformational transport projects.

Prior to Skanska, Keith spent 14 years with Atkins, initially as a Bridge Engineer before moving into the management of multi-disciplinary teams. He worked for a wide variety of public sector clients in the east of England as well as the Highways Agency, Environment Agency, Transport for London, and Design and Build contractors.

His passion is in the management and leadership of multi-disciplinary teams and building positive, long-term relationships with clients.  As an alumnus of the Roads Academy programme he is keen to build upon his broad industry experience and contribute towards improving leadership, collaboration and inclusivity across the roads sector

Keith has been a full member of the CIHT since 2004, joining the East of England Committee in 2017. He was Vice-Chair during 2018-19 and is currently serving as Chair. 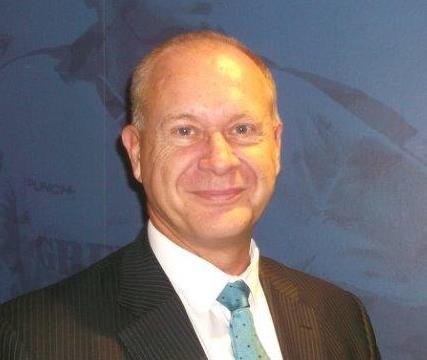 Mark is a chartered civil engineer with over 38 years of experience in the highways and transportation sector. Mark graduated from King’s College London in 1981 with a BSc (Engineering) Honours Degree in Civil Engineering and later obtained an MSc in Highways and Transportation (1993) and MBA in Engineering Management (1994) at the City University, London.

Since joining Suffolk in September 2015, Mark has led a highways transformation programme that has resulted in the Council’s highways contract partnership with Kier Highways – ‘Suffolk Highways’ - obtain ISO44001 (Collaborative Business Relationship Management) accreditation, secure the 2018 Highways Partnership of the Year award and be cited by the Department for Transport as a highways ‘exemplar’.

At Leicestershire, Mark established and then led the Midlands Highways Alliance, including creating the first highways-based ‘skills academy’. At Peterborough, he led a successful bid for the City Council to be selected as one of three national ‘Sustainable Travel Demonstration Towns’ and previously ensured that Luton Borough Council successfully worked in partnership to deliver a range of infrastructure projects, including the Luton Airport Parkway railway station. At the London Borough of Southwark, he led the delivery of two major highway improvement schemes on the Old Kent Road and was part of the teams delivering regeneration of the South Bank and the Surrey Quays and Greenland Dock areas.

Mark is a Member of the Institution of Civil Engineers (since 1989) and Chair of the Engineering Board of ADEPT (the Association of Directors of Environment, Economy, Planning and Transport). He joined the CIHT as an Associate Member in 1984 and has been part of the CIHT East of England Regional Committee since 2017. 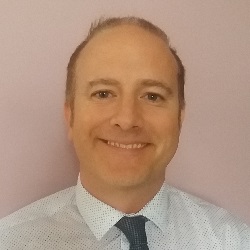 Grahame is a Chartered Civil Engineer with over 20 years’ experience within the industry.  After graduating from the University of Surrey with an MEng degree in Civil Engineering, Grahame worked initially in the private sector with several Consulting Engineers in London and Norfolk.  Since 2004, Grahame has held various positions within Norfolk County Council and is currently the Assistant Director Highways & Waste.

Since joining Norfolk County Council, Grahame has been the Highways Capital Programme Manager, South Area Highways Manager, Highway Services Manager and is now the Assistant Director Highways & Waste, responsible for 300 staff and a budget of circa £215m.  The role also includes responsibility for Strategic Travel and Transport and Flood and Water Management. 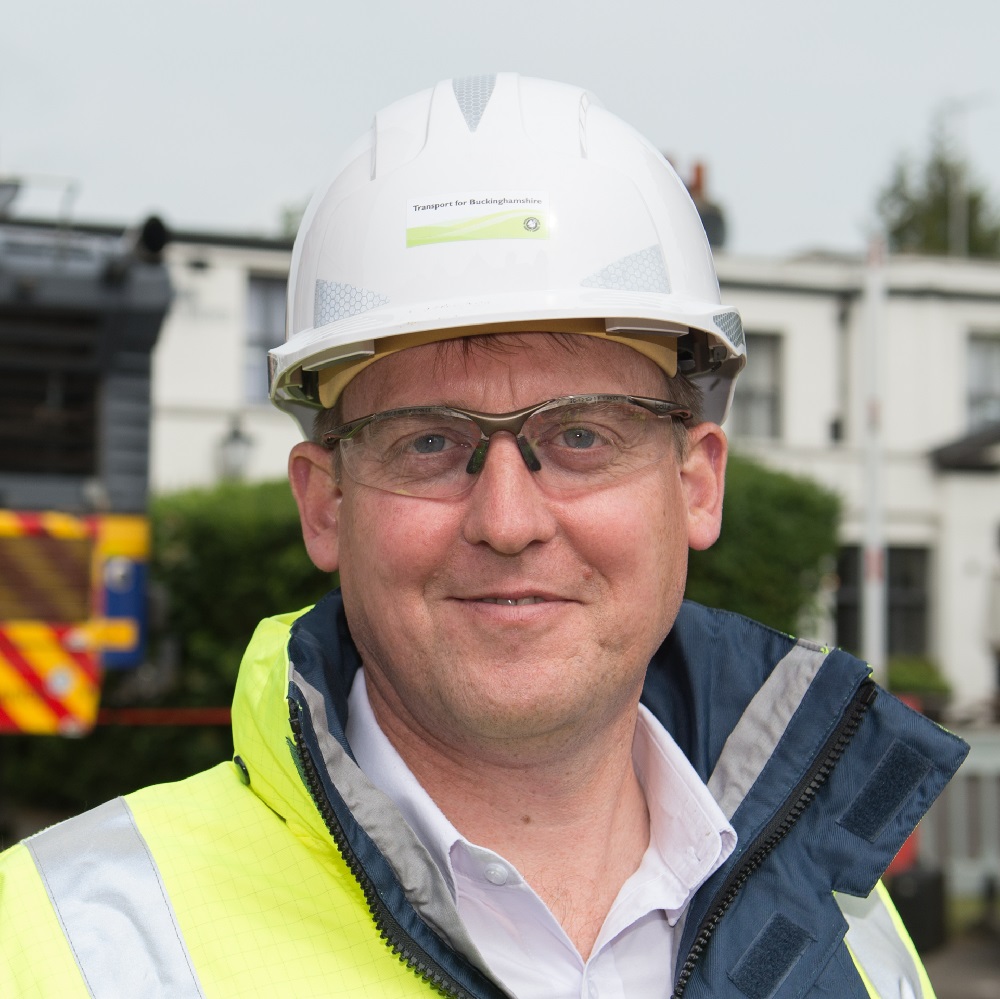 Andrew is an ambitious Chartered Civil Engineer and Operations Director with experience leading a variety of design, construction and maintenance contracts primarily within the highway sector.

He progressed to Senior Contract Manager and Contract Director managing term contracts for LHAs in Warwickshire, Suffolk and Surrey. Andrew then moved to the integrated highway services market with Atkins and Skanska as Business Director, leading Cambridgeshire Highways.

Andrew’s current role is Operations Director for Ringway Jacobs leading the highway business for a number of LHA clients in the UK.

Andrew has been involved with CIHT throughout his career and has recently been appointed as Chair for the CIHT East of England Region.